Age of Fear. Popular user-defined tags for this product:. Sign in or Open in Steam.

Pinkie Says Goodnight - Time to Vote! by Undead-Niklos on DeviantArt

Add to Cart. Bundle info. Add to Account. Hi everyone! To better balance the Forest Folk faction and fill the gaps in their strategy , we added two additional units - War Unicorn and Fairy: The War Unicorn is the upgrade of the well-known Unicorn and adds the Charge ability that makes it similar to a Knight - we have balanced this unit to be the best cavalry unit for the Forest Folk. The second addition to the Forest Folk arsenal is the Fairy, who is an early support unit, able to raise other magic points of spelcasters later also using Aura Magic Regeneration!

That's why the Forst Folk faction has an interesting dynamic - you have to decide which path to follow: will you depend on Evil Driders or Holy Unicorns and Fairy tandem? Links Twitter Reddit Facebook Website Thanks to everyone who supported us with constructive feedback and ideas! It's time for a new challenge!! Recently, we see a lot of modders activity, so the challenge is focused on this area.

Only one unit per person! Choose the best one. You can use any resources from all AOF games or other resources but make sure you have the permission of the authors! You can mix existing assets. Your creation should be the theme of the fantasy RPG game! The overall result matters: how it looks, what skills it has, how useful it is, etc. It should also be balanced in relation to existing armies, e. Only full creations are accepted: the sprite, portrait and specification file must be present.

The created unit should work use the Workshop Manager to test it! Please also unpack the file aof-data. I hope we have not forgotten anything. That was lovely. Because it doesn't even factor in whether the voters have educated themselves on who they're voting for. They're just telling everyone to do it regardless.

The Following User Says Thank You to Dekus For This Useful Post:

And I think that's reckless. If you know what you're doing and why, have researched the candidates on the issues, go for it. But if you're merely picking by party, what someone told you to do, a sign or campaign ad you saw like Marty showing everyone his butt , etc I don't think that's good. The prelude alone was so enthralling, spellbinding, and worth the trip and price of admission alone, I was giddy when it concluded knowing there were still two full hours of this glorious music yet to come. I loved it so much, I went back for a second performance and it was just as amazing. I recall the conductor laughing with joy at the end and making eye contact with me, my reaction the same.

It was truly incredible. I miss him - he was one of the greats - and that collaboration is something I won't ever forget. I just googled some and it looks like he did an orchestral tribute of Meistersinger with the Royal Scottish National Orchestra.

I think I need to acquire those recordings. I understood that you agreed - I wasn't referencing you. Yes, there's nothing quite like opera.

It's classical music Amazing art form. So much contained within each work. It's awful. Bunch of fatties bellowing about something lame in a language I don't understand. You know there's English language opera, right? You don't like it when you're completely ignorant of what opera is. It's a good show.

Good luck. Have we seen Flutters yet? If not, I'll vote Fluttershy, just because she'd have to speak up and it would be adorable. Was that a reference to the Twilight Zone Episode "Will the real martian please stand up? WTF just happend at the ending. Oh my! JUST Happened? I was listening to the newest episode of Welcome to Nightvale as I was reading this comic.

Well I digress. I think it is too late to vote now but my vote would have been Firefly. If not, record this as a vote as one for the Lauren Faust alicorn. 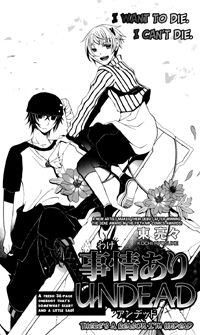 I'm sure Twilight Sparkle meeting her very creator in alicorn form would be cathartic. She doesn't get nearly enough love, so I'm gonna toss a vote out for Babs Seed. Bill Cipher As a guest star, that is. Why they all vote for scepter? It isn't a pony! I want to have antivote!