As with his previous work Germania, Winder describes this account as a personal history , allowing him space for whimsy, for a great deal of Haydn, for careful analysis of paintings and the freedom to favour certain emperors because they were interesting people rather than political heavyweights. It all makes for an excellent, rich and amusing read' The Times, Book of the Week 'Danubia is a logical sequel to Simon Winder's quirky and delightful Germaina Political and military history supplies Danubia with its narrative line, but Simon Winder loves to explore the byways and odd corners of this rambling empire.

He is excellent on architecture, painting and music. Never averse to putting himself at the centre of what he discovers on his travels, he has written a book that is every bit as entertaining and enlightening as Germania Anyone with an interest in a part of Europe and a section of history largely ignored in our schools and universities will find this book richly rewarding' Allan Massie, Literary Review 'Winder is an engaging host The Habsburgs were, latterly, authoritarian liberals. They survived by guile and luck, by sheer chance and cold expediency. With the exceptions of figures like Rudolf II, that melancholy devotee of the occult, there are few of them one can imagine a novelist wanting to explore.

Yet Winder rightly enthuses over the contribution this odd political amalgam made to culture Danubia is astoundingly smart and negotiates the Scylla of elegy and the Charybdis of denunciation with expert skill.

It's also damn funny, and includes dodos, the banning of cribs, cockatrices and the entire history of Europe' Stuart Kelly, Scotland of Sunday 'There is travelogue here, with vivid descriptions of Ukrainian towns, and Transylvanian villages. There are snatches of autobiography too, often anecdotal and whimsical, but sometimes filled with passion about his discoveries of art or music. The main quality of this book, however, is its humour, which sets it aside from the standard histories.

To say that Winder is a jokey writer would not begin to do him justice And yet, and yet As the chapters roll past in their gales of hilarity, Winder manages at the same time to do something remarkably skilful, handling complex issues of geopolitics, national identity and cultural change with a deep and surprising thoughtfulness' Sunday Telegraph, Book of the Week. Simon Winder was born in London in , somewhat prematurely thanks to his mother's response to all the action and adventure in From Russia with Love.

He is the editor of a number of anthologies, including the highly praised Night Thoughts. He works in publishing, most recently at Penguin where he had the perhaps slightly disturbing fan's apotheosis of actually buying the rights to Ian Fleming's novels. He lives in Wandsworth Town.

Becoming a member of the LoveReading community is free. I found this very moving, for reasons that are difficult to explain — or, perhaps, that are too obvious to go into. Winder enriches his story with just the right amount of personal anecdotes about his travels around the region — it never feels like someone talking through their holiday photos armed with a stack of museum pamphlets, which is the danger with this kind of project.

And his constant references to the music and literature mean you will come away with a healthy further reading list. It was a pleasant surprise, reaching the end, to find a note saying that an underlying inspiration had been Rebecca West's Black Lamb and Grey Falcon , which is perhaps the single book that impresses me more than any other.

Danubia is not at that level, but the comparison — which hadn't occured to me while I was reading — helped me understand why I liked this so much. Though it's not perfect, it has a similar ability to uncover a wealth of fascinating detail, and also manages to draw a plausible, cumulative thread out of such an overwhelming historical and geographic scope. I thought it was fantastic, and every farmhouse in the Aargau should have a copy.

LibraryThing member Schmerguls. This book, by an Englishman born in , is an account of the Habsburgs from the 13th century, when Rudof of Habsburg was elected Emperor, down to the 2 0th century when the Empire disappeared after the Great War. The author has spent a lot of time going thrugh cities and museums in the area which was once Austria-Hungary, and discussed much besides Hbsburgs, such as pages on music including an encomium to Bela Bartok.

Some of the discussion is boring but there are keen insights and humor in his knowledgeable exposition of events over the centuries, including often humorous insights. His summary of the events in the 20th century is fast-paced and I thought pretty accurate, … more. LibraryThing member nmele.

This is a decidedly quirky history of the Habsburg holdings, one with references to heavy metal bands as well as the Habsburgs' famous facial features. Winder spices up his text with odd details like the collecting predisposition of the Habsburg emperors and skips over a number of rulers and even more battles and dates, but conveys a good deal of information about the rise and fall of the Habsburgs and their empires.

As the title indicates, he focuses on Central Europe but does not neglect the Spanish Habsburgs. I thoroughly enjoyed this book and goot a better grasp of Central and Eastern European history from Winder. LibraryThing member maimonedes. There are not many books that I read twice; life is short, there are so many books to read, and my attention span does not get longer over the years.

Although it does roughly follow a chronology, the reader is not aware of the usual historiographical sequence of kings, wars and battles. 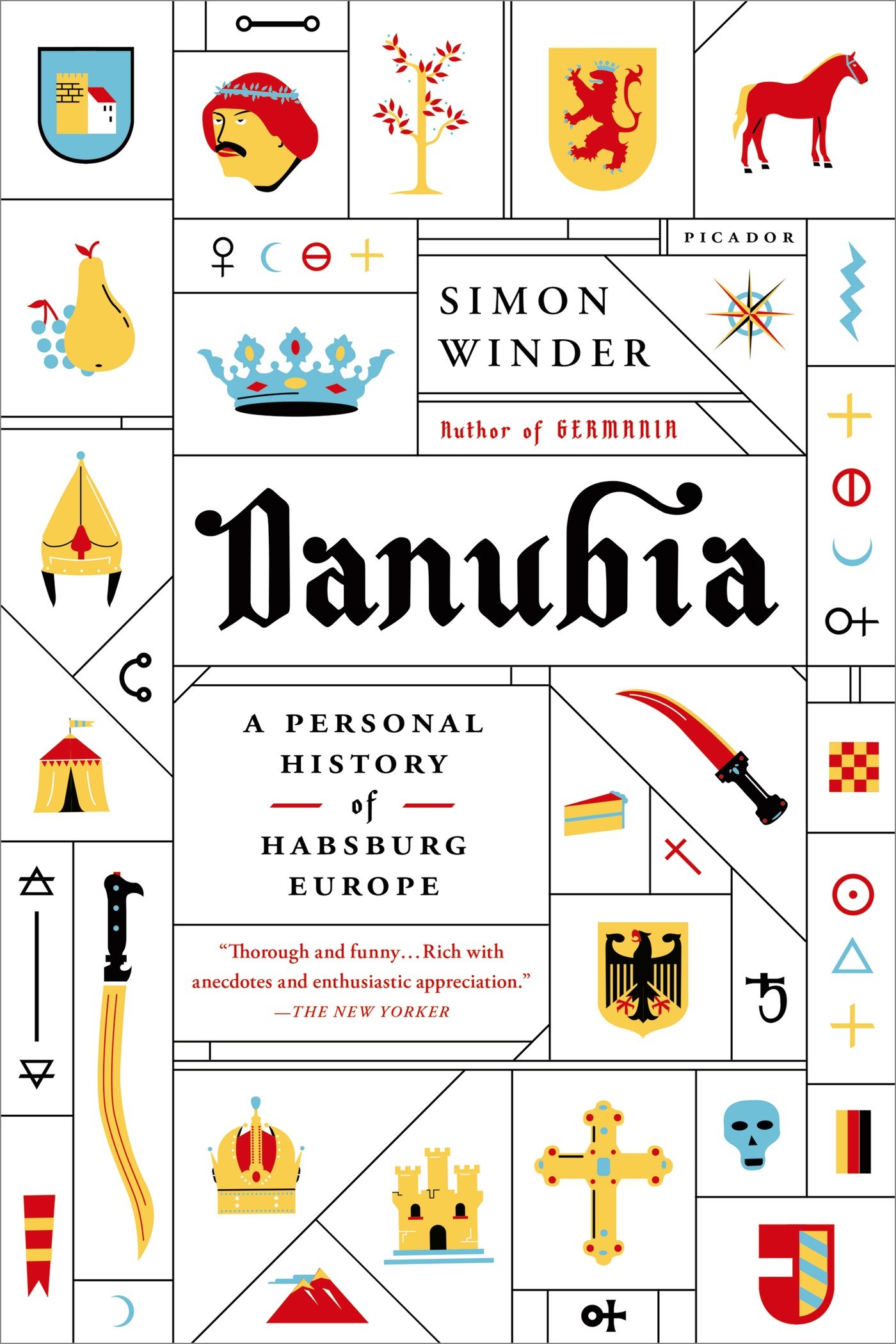 The author deliberately eschews this approach, and focuses instead on the personalities of various Hapsburgs and — even more — on the personalities of the many places in the vast lands that they controlled. His descriptions of places of which you have never heard — many because they have changed their nationality and names so many times — slide effortlessly in and out, from a narrow focus on an obscure objet in a dusty display cabinet, or a long forgotten coat of arms on the wall, to the broad significance of the town or its locality during centuries of war, the annihilation of populations, the movements of people, and the changing of national identities and languages.

The many places that the author knows so well — from their minutiae to their macroscopica — have transformed a latent interest in Hapsburg Europe, into one which now has me actively planning road trips in Bohemia, the Tyrol, Serbia, Hungary, Romania, and Transylvania. Prior to reading this book, I was as likely to ever be making any of these trips as I was to read the book a second time. Apart from its many other delights, this book made me frequently laugh out loud — even the second time around. LibraryThing member nbmars. Danubia is a very quirky book - part history, part travelogue - written by a very witty Englishman.

It describes the land once ruled by the Habsburg family, who formed governments dominated by Germans and Hungarians, even though the people over whom they presided were a mixture of various and numerous Slavic nationalities Polish, Croatian, Czech, Slovak, Ruthenian, Slovenian, Galician, Bukovenian, etc. In addition, the history of the area requires a discussion of the influence of the Serbs, Romanians, Bulgarians, Kosovars, Albanians, and Turks, not to mention the Avars, Huns, and Ostrogoths.

In the 19th and early 20th centuries, the title referred to the Austro-Hungarian Empire. In all years, the extent and degree of power exercised by the Emperor differed greatly among various corners of the empire. For Franz I to pass over his son Ferdinand for a more suitable heir would be dangerous as well as virtually republican. So the inflexible and God-fearing Franz insisted on being succeeded by someone effectively incapable of ruling.

For example, he notes that in the spring of , every conceivable Habsburg war aim had been met: "…[with their] borders not only secure but all the countries beyond them prostrate. All that remained was to stand by and wait for the Germans to defeat the British, French, and Americans and all would be well. The organization of the book is somewhat whimsical.

Rather than proceeding in a strictly chronological manner, Winder writes of his peregrinations in the area, and regales the reader with stories associated with each particular location at which he happens to stop. He can be a bit frustrating in that he frequently refers to specific paintings or buildings with which he seems to assume the reader is familiar to illustrate a point, but does not furnish the reader with a picture or reproduction that would clarify those illustrations.

Nevertheless, I can overlook that flaw because most of the writing is quite sprightly and irreverent — one can almost hear a British accent in his prose. A number of maps are included. Evaluation: It would be hard for anyone to find this playful and entertaining history tedious. LibraryThing member drmaf.

Entertaining ramble through Bohemia, part history, part travel guide to some of the more obscure parts of the old Austro-Humgarian Empire.